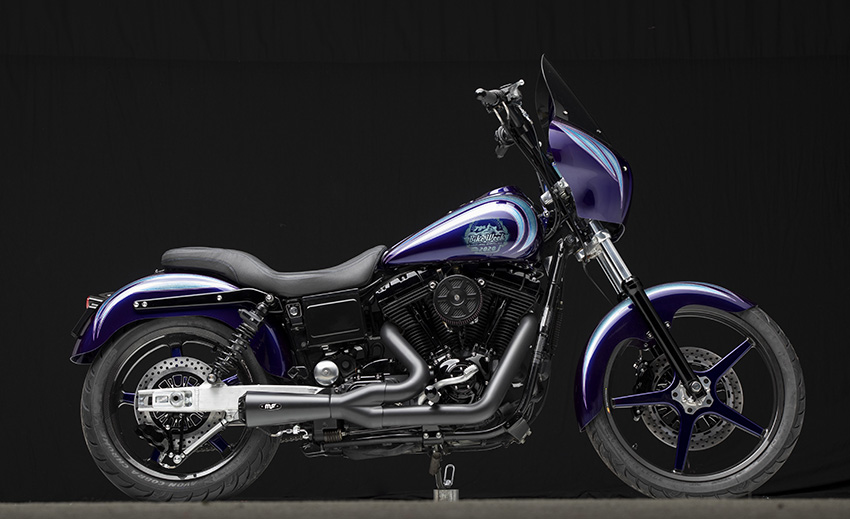 No expense was spaired on this build!

The base bike is a Harley Dyna Glide. The builders are the famed father/daughter team of Dave and Jody Perewitz. Dave is known in the industry as the “King of Flames” due to his amazing paint jobs that have been featured on motorcycle magazine covers for decades. His daughter, Jody Perewitz, also a world-class painter, is known for her motorcycle racing adventures, including setting records at Bonneville Salt Flats, competing on antique motorcycles on coast to coast Motorcycle Cannonball competitions, and for racing antique board track motorcycles with Sons of Speed.The build style has been revealed, and as you can see, it will be a popular blend of both generations’ visions. Dave representing the old school approach to custom Harley building, and Jody representing the next generation of customizers.

Request a quote
Trade In
Сalculate Payment
Share this
We use cookies on our website to give you the most relevant experience by remembering your preferences and repeat visits. By clicking “Accept All”, you consent to the use of ALL the cookies. However, you may visit "Cookie Settings" to provide a controlled consent.
Cookie SettingsAccept All
Manage consent

This website uses cookies to improve your experience while you navigate through the website. Out of these, the cookies that are categorized as necessary are stored on your browser as they are essential for the working of basic functionalities of the website. We also use third-party cookies that help us analyze and understand how you use this website. These cookies will be stored in your browser only with your consent. You also have the option to opt-out of these cookies. But opting out of some of these cookies may affect your browsing experience.
Necessary Always Enabled
Necessary cookies are absolutely essential for the website to function properly. This category only includes cookies that ensures basic functionalities and security features of the website. These cookies do not store any personal information.
Non-necessary
Any cookies that may not be particularly necessary for the website to function and is used specifically to collect user personal data via analytics, ads, other embedded contents are termed as non-necessary cookies. It is mandatory to procure user consent prior to running these cookies on your website.
SAVE & ACCEPT